In its fourth fiscal plan, the Trudeau government spent its entire revenue windfall leaving the deficit projection little changed. In this election budget, Finance Minister Bill Morneau announced $22.8 billion over six years in new spending initiative mostly for home buyers, students and seniors. Trudeau promised in his first budget to have eliminated all red ink by this year. He will instead head for an October election with an annual deficit of nearly $20 billion. Ottawa is projecting a string of double-digit deficits through the end of 2022.
The key debt-to-GDP ratio is expected to be 30.8% this fiscal year and edges downward only very slowly to 30% over the four-year forecast horizon.
Today's budget offered help to young home buyers, many of whom find it very difficult to afford to purchase in some of our more expensive cities. There were two measures targeted at first-time home buyers:
Maximum Withdrawal from RRSPs Is Increased
The simplest to understand is the $10,000 increase in the federal Home Buyers' Plan (HBP) maximum tax-free withdrawal from RRSPs to $35,000, effective immediately. This allowable withdrawal for first-time buyers will now also apply to people experiencing the breakdown of a marriage or common-law partnership who don't meet the usual requirement of being a first-time home buyer.
The new limit would apply to HBP withdrawals made after March 19, 2019.
Those taking advantage of the higher HBP limit will have to keep in mind that the repayment timeline is unchanged. Home buyers must put the money back into their RRSP over 15 years to avoid full ordinary income taxation on HBP withdrawal. Now Canadians using these funds will have to repay a maximum of $35,000 – instead of $25,000 – over the same period.
The Boldest Move: The CMHC First-Time Home buyer Incentive
A $1.25 billion fund administered by the Canadian Mortgage and Housing Corporation (CMHC) over three years will provide 5% of the cost of an existing home and 10% of the price of a new home through what amounts to an interest-free loan to be repaid when the property is sold. The money would go to first-time home buyers applying for insured mortgages. The key stipulations are:
• Users must have a down payment of at least 5%, but less than 20%;
• Household income must be less than $120,000
• The purchase price cannot be more than four times the buyers' household income.
For example, say you’re hoping to buy a $400,000 home with the minimum required 5% down payment, which works out to be $20,000. With the new incentive, you could receive up to $40,000 (for a new home) through the CMHC. Now, instead of taking out a $380,000 mortgage, you’d need to borrow only $340,000. This would lower your monthly mortgage bill from over $1,970 to less than $1,750. The incentive is 10% for buyers purchasing a newly built home and 5% for existing homes.
Homeowners would eventually have to repay this so-called 'shared mortgage,' likely at resale, though it is unclear how this would work. CMHC might share in any capital gain (or loss)-- receiving 5% or 10% of the sale price (not the purchase price). At the time of this writing, these details had not been hammered out.
These stipulations effectively limit purchases under this plan to properties priced at less than $500,000 ($480,000 maximum in insured mortgage and incentive, plus the down payment), which is close to the national average sales price of $468,350 (which is down 5.2% from the average price one year ago). However, the national average price is heavily skewed by sales in Greater Vancouver and the Greater Toronto Area, two of Canada's most active and expensive markets. Excluding these two markets from the calculations cuts close to $100,000 off the national average price, trimming it to just under $371,000. What this tells us is that the relief for first-time home buyers is pretty meager for young people living in our two most expensive regions.
Arguably, the max price point of $500,000 for this plan is where the affordability challenge only really begins in our higher-priced housing markets. The most acute affordability problems surround medium-sized and larger condo units or single-detached homes in the GTA and GVA; yet, most of these are beyond the price range covered by the CMHC plan. The impact, of course, would be broader in other regions, but affordability in many of those is historically quite normal. The most significant impact will be in low-priced new builds.
Also, mortgage applicants under this plan still have to qualify under the federal stress test, which ensures that borrowers will be able to keep up with the payments even if interest rates rise by roughly two full percentage. The incentive, however, would substantially lower the bar for test takers, as applicants would have to qualify for a lower mortgage.
Before the budget, many stakeholders had been arguing that with the rapid slowdown in the economy and the Bank of Canada unlikely to raise interest rates this year, the B-20 stress test is too onerous and should be eased.
The government is hoping to have the plan up and running by September.
Bottom Line: These housing measures are focused on the demand side of the market, rather than encouraging the construction of new affordable housing. And while the budget does earmark $10 billion over nine years for new rental homes, it does not propose tax breaks or reduced red tape for home builders. 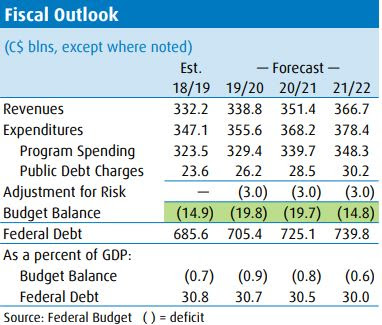 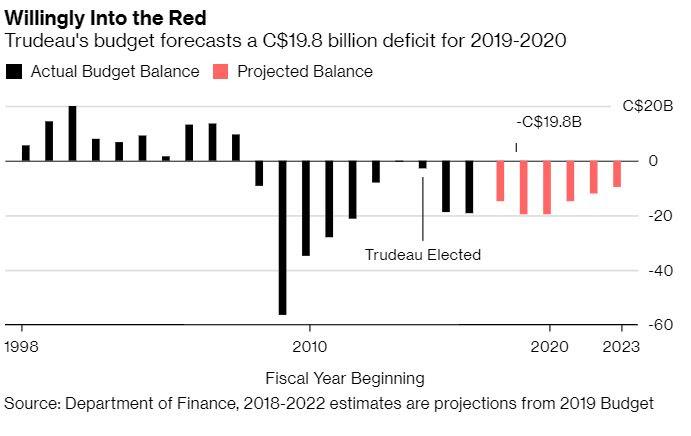