It's Not All Real Estate but it's about Real Estate! - 13 things mentally strong people don't do. 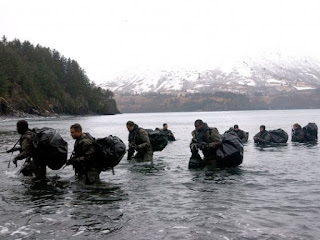 Navy SEALs possess extraordinary mental toughness.Mental strength isn't often reflected in what you do. It's usually seen in what you don't do. Developing mental strength is a "three-pronged approach." It's about controlling your thoughts, behaviors, and emotions.
Following are 13 things that mentally strong people do not do.
1. They don't waste time feeling sorry for themselves. 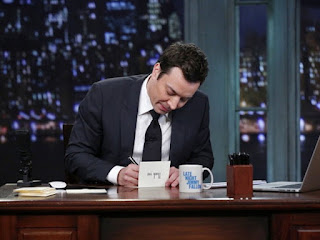 Getty Images/NBCUniversal
Instead, they express gratitude."Feeling sorry for yourself is self-destructive," Morin writes. "Indulging in self-pity hinders living a full life." It wastes time, creates negative emotions, and hurts your relationships.The key is to "affirm the good in the world, and you will begin to appreciate what you have," she writes. The goal is to swap self-pity with gratitude.
2. They don't give away their power. 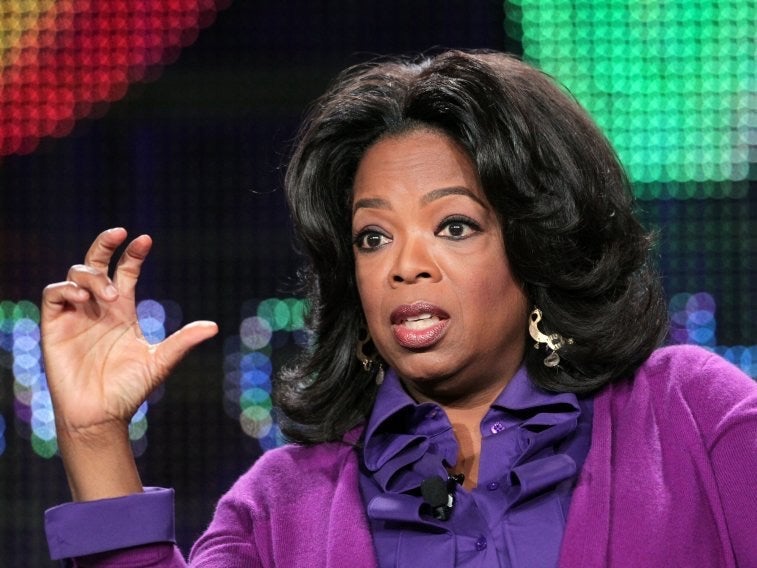 Frederick M. Brown/Stringer/Getty Images
Oprah Winfrey has a strong grip on her power.People give away their power when they lack physical and emotional boundaries, Morin writes. You need to stand up for yourself and draw the line when necessary. If other people are in control of your actions, they define your success and self-worth. It's important that you keep track of your goals and work toward them.Morin uses Oprah Winfrey as an example of someone with a strong grip on their power. Winfrey grew up dealing with poverty and sexual abuse, but "she chose to define who she was going to be in life by not giving away her power."
3. They don't shy away from change. 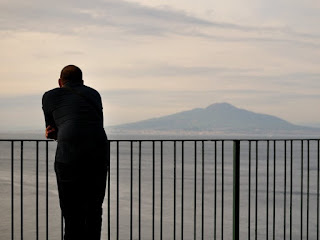 Flickr/Will ClaytonRather,
They embrace the inevitable.There are five stages of change, Morin writes: pre-contemplation, contemplation, preparation, action, and maintenance.Following through with each of the five steps is crucial. Making changes can be frightening, but shying away from them prevents growth. "The longer you wait, the harder it gets," she says. "Other people will outgrow you."
4. They don't focus on things they can't control
. 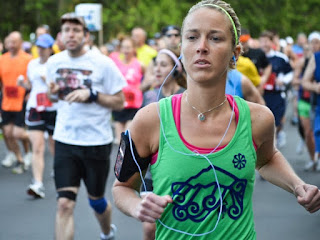 Flickr / Simon Thalmann
Instead, they focus on what they can do."It feels so safe to have everything under control, but thinking we have the power to always pull the strings can become problematic," Morin writes. Trying to be in control of everything is likely a response to anxiety."Rather than focusing on managing your anxiety, you try controlling your environment," she says. Shifting your focus off the things you can't control can create increased happiness, less stress, better relationships, new opportunities, and more success.
5. They don't worry about pleasing everyone 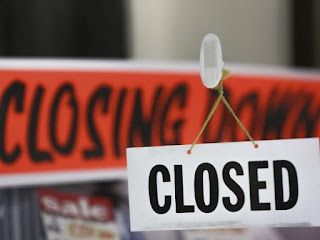 Bloomberg/Getty Images
Indeed, they're able to say "no."Often we judge ourselves by considering what other people think of us, which is the opposite of mental toughness. Morin lists four facts about constantly trying to be a people-pleaser: It's a waste of time; people-pleasers are easily manipulated; it's OK for others to feel angry or disappointed; and you can't please everyone.Dropping your people-pleasing mindset will make you stronger and more self-confident. 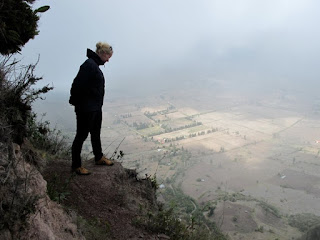 Flickr/Mikko Koponen
Instead, they prepare for what's ahead.People are often afraid to take risks, whether it's financial, physical, emotional, social, or business-related, Morin says. But it comes down to knowledge. "A lack of knowledge about how to calculate risk leads to increased fear," Morin writes.To better analyze a risk, ask yourself the following questions.—What are the potential costs?—What are the potential benefits?—How will this help me achieve my goal?—What are the alternatives?—How good would it be if the best-case scenario came true?—What is the worst thing that could happen, and how could I reduce the risk it will occur?—How bad would it be if the worst-case scenario did come true?—How much will this decision matter in five years? 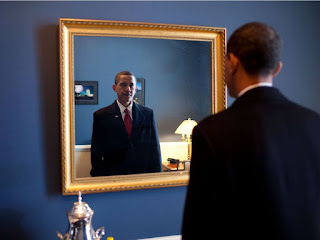 Wikimedia Commons
But they do take time to reflect and learn from the past.The past is in the past. There's no way to change what happened, and "dwelling can be self-destructive, preventing you from enjoying the present and planning for the future," Morin writes. It doesn't solve anything, and can lead to depression, she writes.There can be a benefit to thinking about the past, though. Reflecting on the lessons learned, considering the facts rather than the emotions, and looking at a situation from a new perspective can be helpful, she says.
8. They don't make the same mistakes over and over. 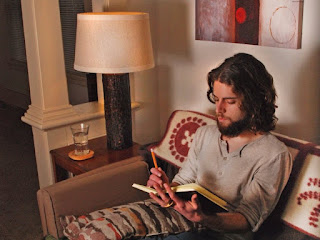 Flickr/Ant PDX
Instead, they accept responsibility and change their behavior.Reflecting can ensure you don't repeat your mistakes. It's important to study what went wrong, what you could have done better, and how to do it differently next time, Morin writes.Mentally strong people accept responsibility for the mistake and create a thoughtful, written plan to avoid making the same mistake in the future.

9. They don't resent other people's success 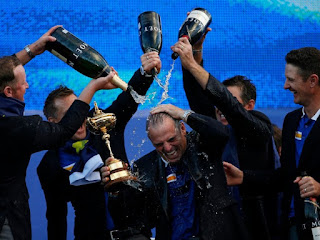 Russell Cheyne/Reuters
They celebrate others' success.Resentment is like anger that remains hidden and bottled up, Morin writes. Focusing on another person's success will not pave the way to your own, since it distracts you from your path.Even if you become successful, you may never be content if you're always focusing on others. You may also overlook your talents and abandon your values and relationships.10. They don't give up after the first failure.Wikimedia, CC.Dr. Seuss kept at it despite near-constant rejection.Success isn't immediate, and failure is almost always an obstacle you will have to overcome. "Take, for example, Theodor Giesel — also known as Dr. Seuss — whose first book was rejected by more than 20 publishers," Morin says. Dr. Seuss is now a household name.Thinking that failure is unacceptable or that it means you aren't good enough does not reflect mental strength. In fact, "bouncing back after failure will make you stronger," Morin writes. 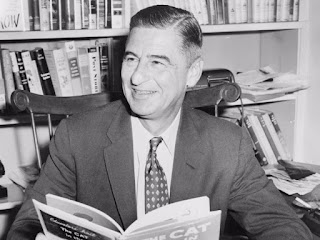 Shutterstock
Instead, they make time for solitude."Creating time to be alone with your thoughts can be a powerful experience, instrumental in helping you reach your goals," Morin writes. Becoming mentally strong "requires you to take time out from the busyness of daily life to focus on growth."Here are some of the benefits of solitude Morin lists in her book:—Solitude at the office can increase productivity.—Alone time may increase your empathy.—Spending time alone sparks creativity.—Solitary skills are good for mental health.—Solitude offers restoration.

12. They don't feel the world owes them anything. 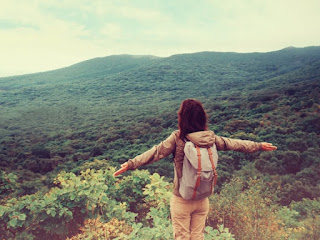 Flickr/DVIDSHUB
They do focus on their efforts.It's easy to get angry at the world for your failures or lack of success, but the truth is no one is entitled to anything. It must be earned."Life isn't meant to be fair," Morin says. If some people experience more happiness or success than others, "that's life — but it doesn't mean you're owed anything if you were dealt a bad hand."The key is to focus on your efforts, accept criticism, acknowledge your flaws, and don't keep score, Morin writes. Comparing yourself to others will only set you up for disappointment if you don't receive what you think you're owed. 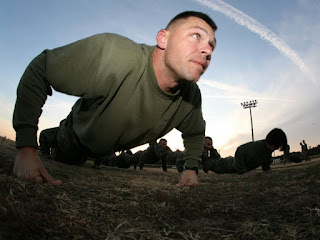 REUTERS/ Anton Ferreira
They do take small steps toward the goal."A willingness to develop realistic expectations and an understanding that success doesn't happen overnight is necessary if you want to reach your full potential," Morin writes. Mentally weak people are often impatient. They overestimate their abilities and underestimate how long change takes, she says, so they expect immediate results.It's important to "keep your eyes on the prize" and relentlessly work toward your long-term goals. There will be failures along the way, but if you measure your progress and look at the big picture, success will become attainable.